Normal healthy walking patterns are characterized by symmetric steps taken with each leg. Individuals with a stroke or lower-limb prosthesis inherently have different force and motion capabilities on each leg, which leads to asymmetric gaits. Achieving gait symmetry is a common goal in rehabilitation, although improvements in symmetry are not always associated with improvements in gait function, and vice versa. Additionally, few rehabilitation studies take perception of gait into account since the underlying assumption is that symmetry is ideal and a symmetric gait will generally appear normal. However, kinematic and dynamic symmetry is not possible in an asymmetric system (Handzic et. al, 2015), and symmetry may not even be necessary for a gait to be considered normal and unimpaired (Handzic and Reed, 2015). For general walking, the results show that asymmetries in step timing are more noticeable than similar-percentage asymmetries in step lengths; Figure 1 shows how different gait patterns are perceived.

One issue that must be considered is that people with an amputation or a hemiparesis due to stroke have different force and motion capabilities on each leg. The paretic/prosthetic leg is weaker and has a more limited range of motion than the non-paretic/intact leg. Rehabilitation science has not advanced to the point where these problems can be fully corrected. Therefore, when retraining walking post-stroke or post-amputation, the body is inherently asymmetric. From a biomechanical view, two physically different systems (i.e., legs) can only have the same motion if the forces controlling them or the forces resulting from the movement are different. Therefore, it is likely that restoring kinematic symmetry will be at the expense of kinetic symmetry, or vice versa. Indeed, when an individual with an asymmetric impairment walks with symmetric step lengths, other aspects of gait become asymmetric, which can be detrimental to efficiency and long-term viability. As an example of asymmetric gait that you can try, wear a thick-soled or heavy shoe on one foot and go barefoot on the other; then try to walk with symmetric step timings, step lengths, and ground reaction forces. This simple physical alteration will asymmetrically modify your gait in at least one of those three measures. Walking with such a physical alteration will change your gait pattern to such an extent that other people are likely to notice. Beyond the one physical change in this example, the millions of individuals with stroke or an amputation have multiple asymmetric changes, thus compounding the effect, and many of them would gain additional mobility, confidence, and independence from rehabilitation methods that focus on balancing all aspects of gait.

In contrast to efforts that focus only on symmetry, function, or appearance, research should look at a range of gait parameters to find effective gait patterns that are dynamically appropriate for an asymmetrically impaired individual, yet still appear normal and healthy. Allowing some parameters to be asymmetric enables new types of gait patterns that are not possible when focusing on achieving a symmetric gait pattern. For example, placing a prosthetic knee at a different height compared to the intact knee can change the dynamics in a beneficial way (Sushko et. al, 2012; Honeycutt et. al, 2011). However, if the knee location is changed too much, it will be quickly noticed. Thus, the perception can put a maximum limit on the amount of change and the dynamics can be optimized within those bounds to achieve a gait pattern that appears normal and is fairly symmetric in each gait parameter.

Benchmarking Based on Functional Asymmetry and Perception (by Kyle B. Reed) 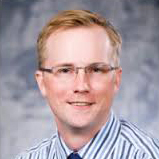